Very little is known about the Hurlbat. Described as early as the 12th Century in England, it was called "The Club with an Axe attached". Some representations have been seen in painting and tapestries, but no actual artifacts have been recovered.  It has been thought that the Hurlbat may have actually been a form of Mace or related weapon. Given the use of peasant weapons at the time, the Hurlbat may have been some form of farming implement. General length was 3 to 4 feet, composed of wood - with a slender spike like piece of metal embedded into the top portion of the Club. It probably would have been a Close Quarters type weapon. 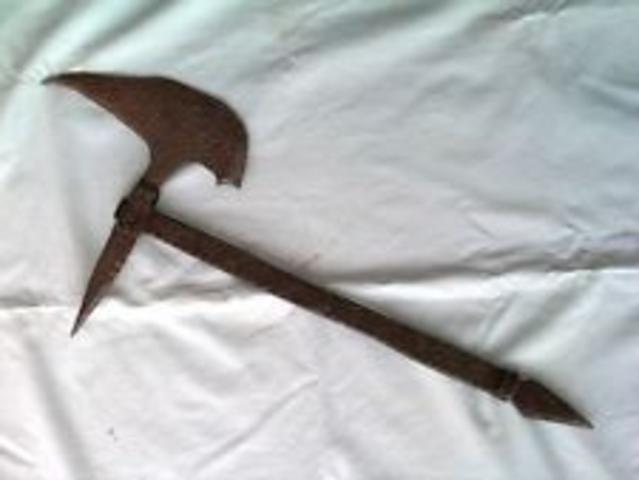