Born around 1690 in Wales, Davis had without a doubt the shortest Pirate career in history (lasting only 11 months). A tenacious and resourceful Pirate, he had (for his short career), 4 ships under his command. He also took 15 vessels as Prizes. Originally concentrating his attacks on The Atlantic Trade (Slavery), Davis moved into The Caribbean and concentrated on English Shipping. For all his reputation as a Pirate, he was also known as a generous man – with many other Pirate Captains respecting Davis. Unfortunately, he also liked to drink. One night in 1719, he was shot dead in a Nassau Tavern. It was estimated that Davis took over 14 Million (USD) in gains. 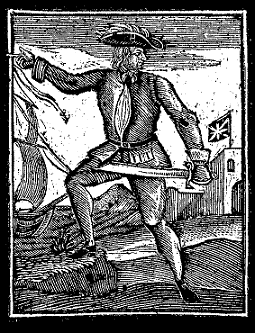