House of The Vestals

Located on the Eastern edge of The Great Roman Forum within The Ancient City of Rome (near The Palatine Hill), The House of The Vestals was the primary residence of The Priestesses of Vesta (or The Vestal Virgins). This religious Order was one of the most prestigious and well regarded of all within Rome. As such, the ''Security of Rome'' was seen as intertwined with The Vestal Vrigins. As long as they served Rome, so too would Rome endure.

Once a 2-story, Brick and Marble Structure, The House had 50-rooms with an elongated Atrium to it's Front. Imperial Trees (seen and blessed as ''sacred'') were planted to it's enclosed Rear. As such, it was said that some of the finest Gardens and Reflection Pools were located withing it's confines. It's construction was dated to the 2nd Century BC. It was guarded by Imperial Soldiers, to keep out the curious and above all any Men (which were forbidden to enter).

With the introduction of Christianity, the need of The Vestals were ended (forbidden).The opulence of The House was maintained however, serving as a 4th Century AD Royal Family Residence of Theodosius I. Finally destroyed by fire and later earthquake, most of it's ruins were repurposed for other Roman Buildings. Today, The majority of it's Facade ruins and a collection of still standing Statuary (from it's Gardens) – remain. 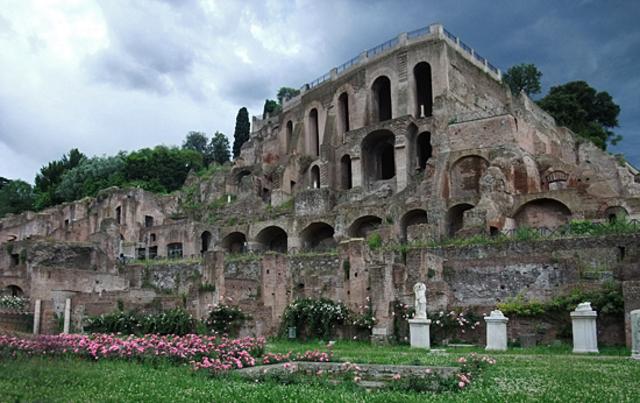