Seen in great numbers in the 14th Century  (1380 AD), The Houppelande was a unisex style of clothing. Considered an outer garment, it was a gown-like Surcoat that fit comfortably on the torso and extended downwards into a "flowing" end. The sleeves of The Houppelande were widely flared. They were often brightly colored by dyes. Most often, the garment was cinched at the waist of the wearer. Popular in Germany, they quickly spread via Commerce throughout The Medieval World. As a form of embellishment, the Sleeve ends were cut in various patterns such as Leaves or Diamonds. The Houppelande grew know popularity among the growing Middle Class. Nobility adopted them for their Household Staffs. Lasting in style for nearly 100 years, The Houppelande was still retained among many Academics and Lawyers as a form of Trade uniform, with many "Modern" example variants still in use. 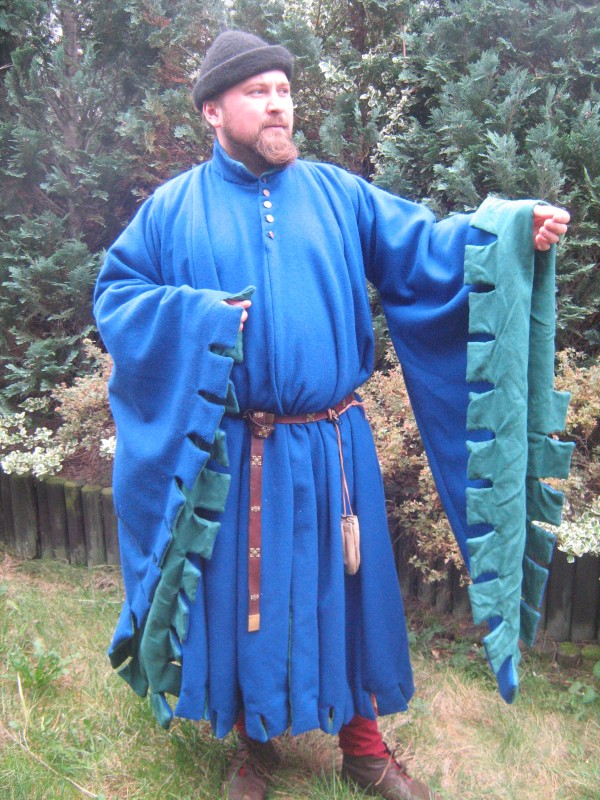