Also identified as The ''Arched'' and ''Closed'' Crown, The ''Hoop'' Crown was a component of Royalty during The Late Middle Ages. The style of such adornment dates originally to the 7th Century AD Merovingian Dynasty. While most Crown's were of a simple circular (around the head) design. Spire extensions came upwards from the Top in a variety of styles. The center of The Crown often featured no support (caps) attached to be properly seated. Crowns were made ''to order'' in some cases for new Rulers. Hereditary Crowns were a different matter. These were not ''one size fits all''.

While the attached metal hoop (which connected the fron to back of the top of The Crown was an additional decoration, it was actually an attempt at a better seated Crown on a Rulers head. Almost ''helmet-like'', The Hoop Crown took one a finely crafted work of Art. Fine gem stones and jewels were added. They were plated (or in some cases) solid Gold (seen as a ''Royal Metal''). One of the first Western examples of The Hoop Crown design was The Crown of The Holy Roman Empire (which still exists).

By the 12th century AD, Hoop Crowns in Germany and surrounding Regions began to attack multiple Hoops, until a type of ''open/enclosed'' Crown was developed. Popular, the design spread throughout Eastern and Central Europe. The design is the most commonly seen variety of early Hoop Crowns still in existence. 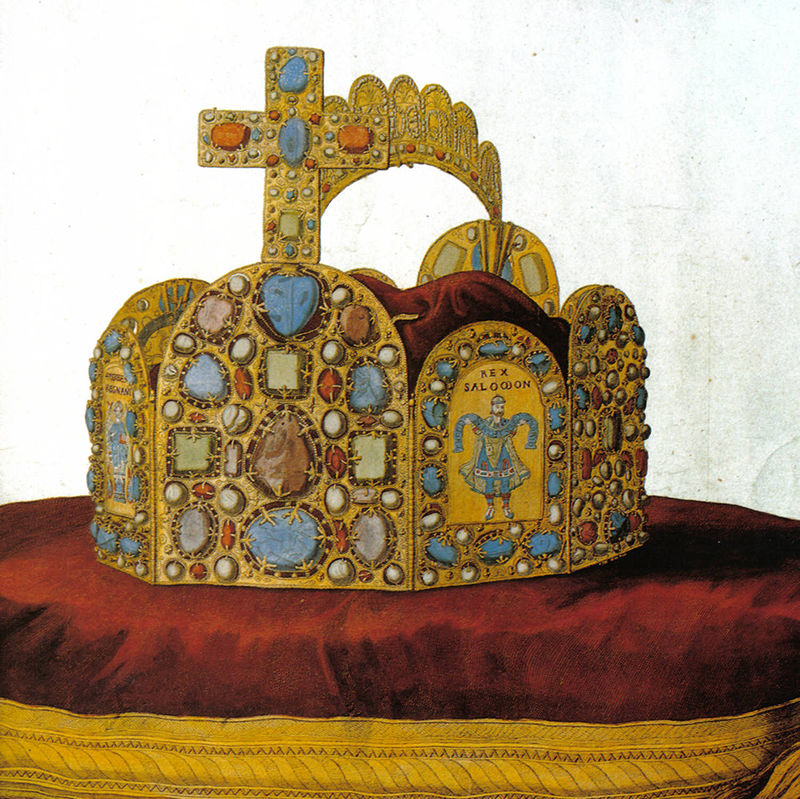