The Concept of ''Homo Sacer'' – or the loosely translated ''Accursed Man'', was related to Ancient Roman Law. A part of the Act of Exile or Banishment, it first appeared during The Republic Era of the 5th BC. Seen as far ''worse than death'', it was used for several Capital Crimes such as the murder of a Government Official or Treason against The State. While death was seen as the obvious choice of either, Roman Law was specific with regards to just ''how'' a Roman Citizen (regardless of Rank or Social Standing), was to die as a result of a violation of serious Law.

Convicted the recipient of Homo Sacer was thus not only stripped of His Citizenship, but declared forbidden to remain either in Rome or any of it's Territories. Further, The Convicted was so ''marked'' (figuratively) – as a ''common criminal'' and could be killed on sight (without any penalty). Technically, no Roman Soldier, Officer or Official could partake in the punishment. It was assumed that a Commoner (or Citizen without any particular Social Standing within Government), would fulfill ''the Act''.

In some case, although against the procedure of Homo Sacer, Bounty (Reward) was given for anyone who ''carried out'' The Act, and produced proof of the deed. This ''evidence'' was most commonly the Offenders Head (which was, as we have seen – (decapitation) – acceptable for a Roman as a means of death). The ''philosophy'' of Homo Sacer would carry on into The Middle Ages, throughout some European Kingdoms, still following the general ''rules''. It mostly fell out of use by the 15th Century AD. 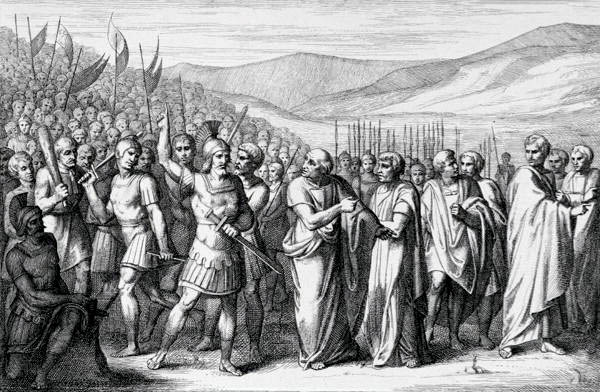