The term ''Home Fleet'' is applied to The British Royal Navy and was the primary defensive/offensive Naval Force of Great Britain in mostly Territorial waters. The Fleet seldom was ported in English waters in it's entirety. So commissioned between 1902 to 1967, The Home Fleet was the ''presence'' of England and it's naval abilities. During World War I, The Fleet served primarily within The North Atlantic, and consisted of of nearly 12,000 Officers and Sailors of all ranks. The size of The Fleet's Ships varied – but stayed within the range of 45 to 50 Warships of all Classes. During World War II, The Home Fleet was split between two hemispheres – providing Naval assets to British Territories and supporting the overall Allied War effort. The Fleet also was responsible for submarine and Naval Air deployments which aided greatly to winning The War in both The Atlantic and Mediterranean. After World War II, The Home Fleet was an important component within The North Atlantic Treaty Organization (NATO). As a ''Cold War'' Fleet (in conjunction with The US Navy), served as a major buffer to an aggressive Soviet Union in the 1960s. With changes in technology and changes in overall Forces Deployment within NATO and Great Britain, the need for such large and deployed Fleets were no loner needed. After 1967, The Home Fleet was decommissioned. The vast majority of it's Warships were scrapped die to their overall age. 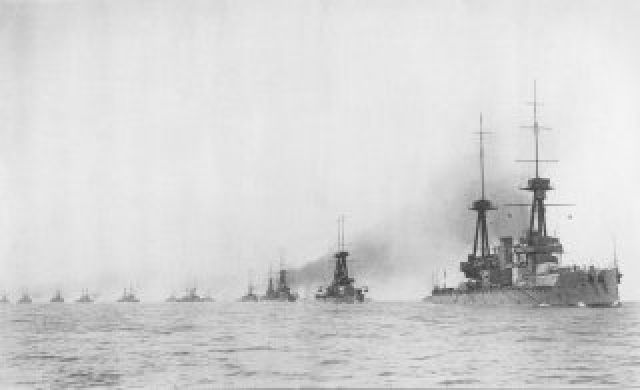