HMS "Repulse" was a World War I Era (1916), "Renown"-Class Battle Cruiser of The British Royal Navy. Displacing 35,000-tons, "Repulse" measured 795-feet long and "stood" 90-feet tall (Beam). She used 4 Steam Turbines and twin Engines to achieve her speed of 36-mph. HMS "Repulse" fought in only one Major Engagement during World War I  (The Battle of Heligoland Night in 1917). She was reassigned to Convoy duty thereafter. Retained in The Royal Navy after The War, "Repulse" was deployed to protect International shipping during The Spanish Civil War  (1936-39).

With Britain's involvement in World War II, "Repulse" was deployed to Blockade duties in The North Atlantic against Germany. She was also part of The Squadron sent to attack The German Battleship "Bismarck". Later in 1941, she would be deployed to The South Pacific to protect British interests against the growing Japanese aggression. With Japan's Attack on Pearl Harbor, Hawaii - Britain and Japan would be at War on December 10th. "Repulse" was assigned to Force Z. This Battle Group was sent to support British ground Forces in Singapore. However, "Repulse" was targeted by a Japanese Submarine. Hit 5 times, of her 1,181 crewmen, 511 went down with the ship. "Repulse" is considered the first British Warship sunk by The Japanese during World War II. 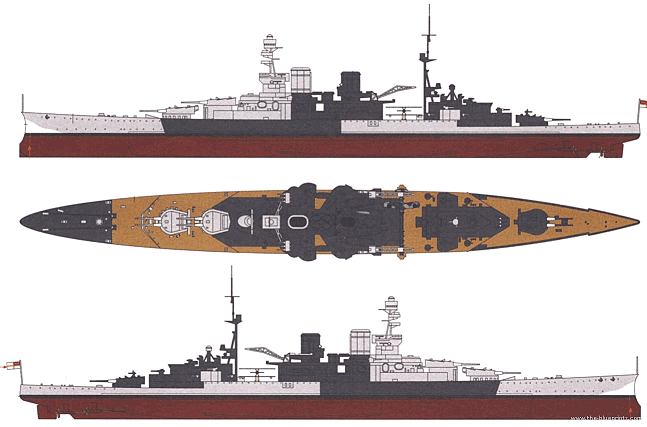