The British Warship ''Ontario'' was a ''6th Class'' Vessel (Sloop), once considered the largest Naval Warship assigned to The Great Lakes Squadron during later years of The American Revolution. She was launched in 1779 and would last in service barely 1-year, before sinking in a storm on The Lakes. Displacing 226-tons, ''Ontario'' was 80-feet in length and stood 25-feet (Beam). She was a Twin Masted ''Snow'' Rigged Patterned Ship, which crewed 220-Officers and Men. ''Ontario'' carried (22) Cannon of various poundage, and sported a secondary ''False'' Quarter Deck.

In 1780, HMS ''Ontario'' was caught in a ''freak'' storm on The Great Lakes (Michigan), in which 130 crewmen were lost, along with the Ship. Although debated by British Naval Authorities, possible 30 of these were American POW. Located in 2008 in nearly 500-feet of water, HMS ''Ontario'' was in a remarkable state of preservation (due to deep cold water). Her wooden Hull and Masts are in excellent condition. It is unclear if human remains (skeletal) are still present, whereas ''Ontario'' is considered a ''War Grave'' and as such will not likely be brought up for further examination or conservation. 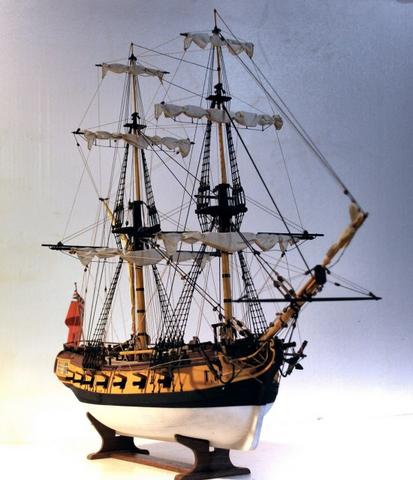