The British HMS'' Nelson'' was a First Rated, Ship of The Line, laid down for active construction in 1809 and launched in 1814. She was named for British Naval hero Lord Admiral Horatio Nelson. While an impressive Warship, cost overruns would keep her in Dock until 1854! It was later determined after being built, that ''Nelson'' would be better served as a Trainer. Originally a Twin Decker, She would be cut down into a single Decked Vessel (1879).

''Nelson'' was 2,000-tons displaced and measured 205-feet long. Her Beam was 55-feet. Originally a (3) Masted Full Rigged Vessel, She would be converted to Steam. ''Nelson'' originally supported 126-cannon, but much of these were converted several times to other caliber guns (as technology advanced).

As a First Class Rated Ship, ''Nelson'' originally supported 300 Officers and Men. As A Trainer she carried a crew of 150. By 1900, an aged hulk not well maintained, ''Nelson'' was converted into a Coal Tender. She would founder in 1908 with 1,400 tons of coal on board. Refloated and salvaged, ''Nelson'' was sold. Refitted again as a Coal Tender, She would still work as such until 1945. Scrapped, some of her timbers were brought and used in various Port and Harbor buildings throughout England. Her Figurehead is in an Australian Maritime Museum. 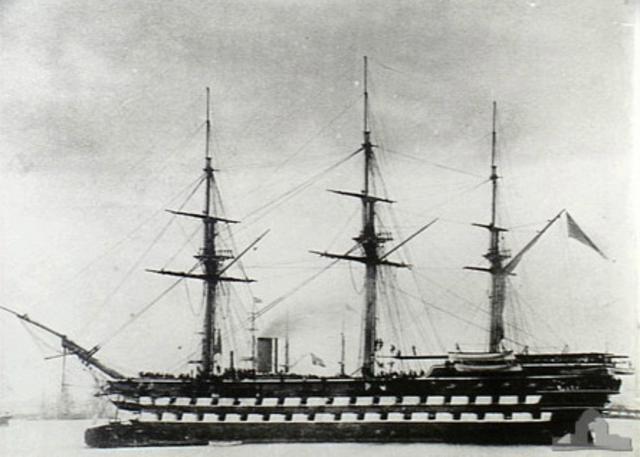