Considered a pre-Dreadnought Era Warship – The HMS “Devastation” was the namesake of (2) Royal English Naval Warships. The Class was the first British Ships to sail without Sails or Masts. They were Britain's first Steam Battleships. Launched in 1871, “Devastation” was 13,000-Tons displaced. She was 285-feet long and stood 60-feet (Beam). The “Devastation” featured Armored Plating that ranged 4 to 16-inches throughout.

Her armament featured (4) 12-Inch Rifled Guns, (4) 10-Inch Guns, (6) 6-Pounder Cannon, (8) 3-Pounder Cannon and the ability to deploy (2) 14-Inch Torpedoes. “Devastation” Crewed 400. Most of her career was spent deployed on Patrol in The Mediterranean Sea. Later deployed as a Torpedo Tender, “Devastation” took place in The Royal Naval Fleet Review during The Coronation of King George V (1902). Sent to The Reserve Fleet anchored near Scotland - HMS “Devastation” was finally decommissioned and broken up for scrap in 1908. 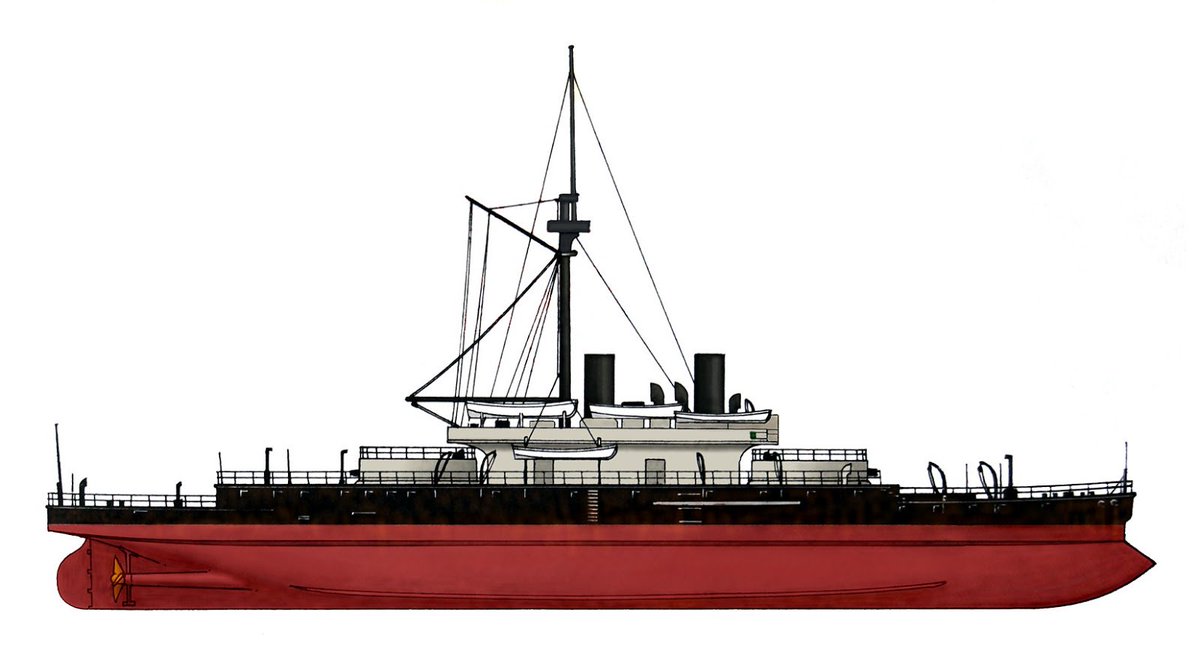