So nicknamed for Imperial German Army Commander-In-Chief Paul Von Hindenburg, The “Hindenburg Light: was a small lighting device used by German Soldiers along The Eastern Front, in the Trenches of World War I. Designs would be adapted by Allied Forces as well. Light discipline in The Trenches was tantamount. Any source of light could be seen for hundreds of yards and would betray a Soldiers or Units position. The use of The Hindenburg Light solved some of this problem (at least from ground view levels).

A small circular tin, it was filled with Tallow (a form of fat) which provided for a slow burn with a low flame source. The wick was centered with a steel shank covering that extended to the bottom of the tim (and Tallow). As the wick burned, the flame and heat was centered. It provided a low level light source. More flame could be created by simply pulling (extending the steel shank) upwards. All German Soldier were issued one. The Hindenburg Light was again used in England during The Blitz Raids, when “Blackout” conditions were caused (no light being allowed) – by German Air Raids against Civilian Urban targets. 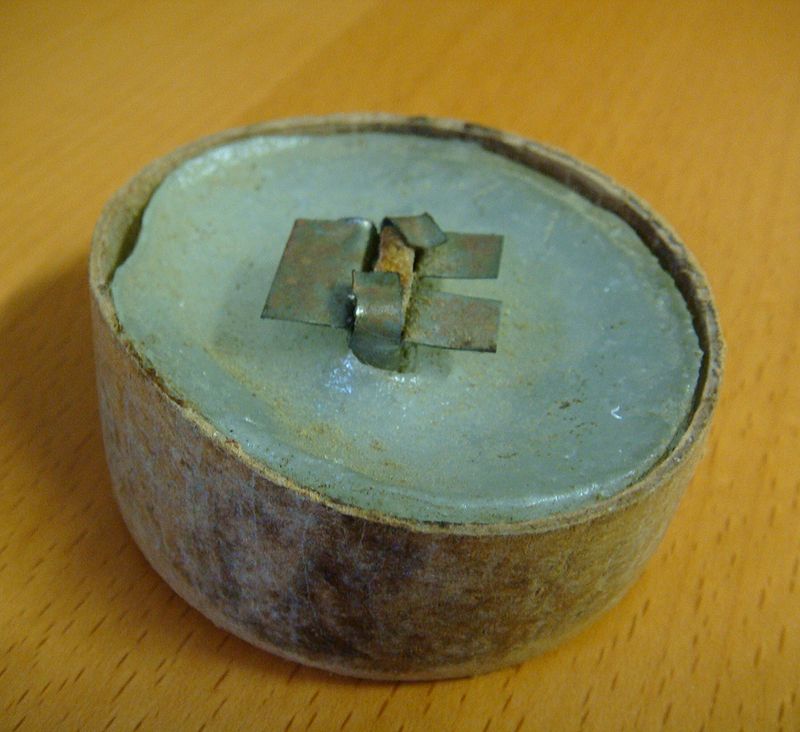