''Hidden'' Mother Pictures were a popular form of Victorian Era Photograph in the 1880s and early 1890s. Children Photographs were valuable Family mementos for both The Middle and Upper Class. As such, the need to have such photos as ''keepsakes'' were marketed. However, Children are notoriously difficult to photograph (even today). But in The Victorian Era, then equipment used was even more of an issue. Late Model Daguerreotyping involved a Subject to remain perfectly still for a period of often several minutes when film was exposed to light. As a means of keeping Children ''quiet and motionless'' (for the most part), a practice was developed, where the Mother would hold or place the Child on Her lap or arms. The Photographer used coverings to in essence ''hide'' Mother from the photograph, ans created a ''background'' where a Child appeared to be ''standing'' or ''floating''. 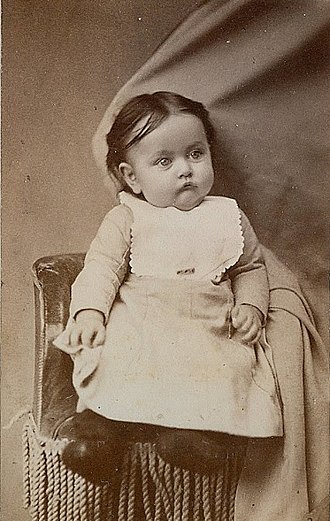