Often misunderstood in terms of their actual Military role, Hessians were German Soldiers often confused with Mercenaries that were hired by England's King George III – to fight in The American Revolutionary War (1775-1781). Their true origins were actually that of Auxiliary Troops. The distinction being that Mercenaries are Professional self-employed Soldiers who offer their ''services'' for pay to another. They are not associated by any (at the time) Crown. The Prince of Hesse-Kassel (a German State) – ordered His Auxiliary (Reserve) Forces to ''assist'' another Allied ''Prince'', namely England's George III. In response (as was the accepted practice) King George simply ''picked up'' the cost of supplying and quartering The Hesse-Kassel Forces.

Many of The German Forces did not exclusively come from The Hesse-Kassel State. Some surrounding Regions also supplied Troops. The totality of these Forces were all simply identified as ''Hessians''. Their recruitment, which yielded over 30,000 Officers and Men to assist The Royal Army in quelling The Rebellion in The American Colonies. Their use was not a popular move in The Colonies, which rallied against The Crown even more as a result of a ''Foreign Army'' being used. The first Hessian Forces arrived in America in 1776. They fought in nearly all major battles of The Revolution and were well worth their reputation as fierce and ruthless Fighters, who did not like to take Prisoners. Of those captured, after The War – some 5,000, would remain in America as Citizens. 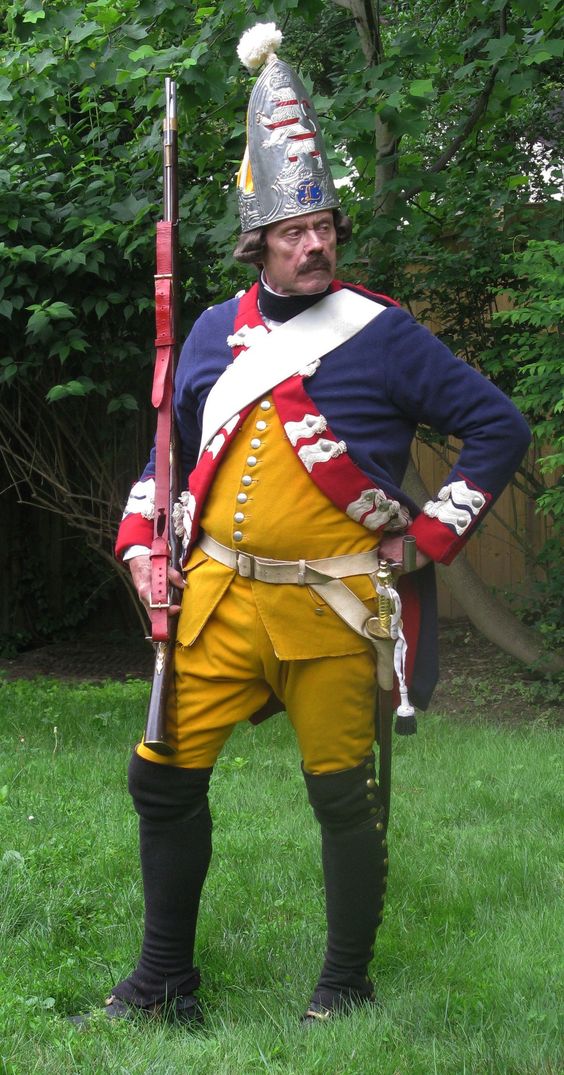