Henry of Bracton was considered on of the finest legal minds of early Medieval England. His date of birth is obscured. His career in Law is better known and was put into use by The King. Henry served as Justice of The King's Law throughout Southwest England. He had a reputation for being “fair and honest” (a rare thing in those days!). Henry was also the primary Justice during The Montfort Baron's Rebellion (and heard many arguments by the Losers as to why they had been stripped of Title and means!). In 1250, Henry wrote his greatest work “De Legibus et Consuetudinbus Angliae”. This work encompassed Common Legal Law with Ancient Roman Law. Henry also “introduced” the theory of “Precedent Law” (or Laws that have been previously used in a Case, in which the results can be used to determine a similar Case). Henry was also known for a popular Middle Ages “Rule of Thumb”. He wrote, “The King Himself ought NOT to under Man, but under God and His Law – because The Law made The King!” This theory was espoused by MANY English Monarchs (and would put to severe test later by King Charles I – and “vindicated” by Oliver Cromwell!). Henry died in 1268. 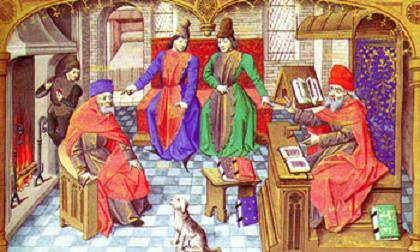