Born in 1867, Harry Longabaugh's early life is not well known. He was educated and we'll spiken. Why he turned to crime is not clear either. But in 1892, he met up with the famed Outlaw - Butch Cassidy. Together, they formed the infamous and one of the most well known of Outlaw Gangs, "The Wild Bunch". Longsbaugh is better known to history by his equally famous nickname "The Sundance Kid". Oddly, his nickname was probably a Media mistake. Amother Gang Member was known as "Kid Curry" (and equally as infamous). A popular journalism source, Outlaw's and their exploits were reported often. "The Sundance Kid", may very well have been an invention - and one that Longsbaugh never corrected  (he never personally used it, either).

Harry, Butch and The Gang cut a swath through The American West. Well known Bank Robbers, their success earned them the full attention of The Pinkerton Detective Agency. Eventually, "The Wild Bunch" was broken. Harry and Butch went back East. Living "The High Life" in New York City, eventually Law Enforcement began to close in. The pair went to South America. Lured by what they perceived as "lax" Law Enforcement and Banks "full of Gold", they wound up in Bolivia. Concentrating on Banks that held Hold Mine Payrolls, the two were again, successful Bank Robbers.

But all things end. Finally ambushed by Federales (National Police), the pair held out for several days. After a lull in battle, Police encircled them. They found two bodies. Butch was fatally shot. He apparently shot Harry in the head, and then himself - to avoid capture. Here comes the on-going Legend. Many say that Butch and Harry did not die in the gun battle. No conclusive evidence by Bolivia has ever been given. No graves were found. Some claim, The Bolivian Government was embarrassed that the pair escaped and orchestrated the "death story". Further, reports of sightings of Harry went on into the 1920s. In fact, several persons have claimed to be "The Sundance Kid". All have eventually been dismissed through DNA. 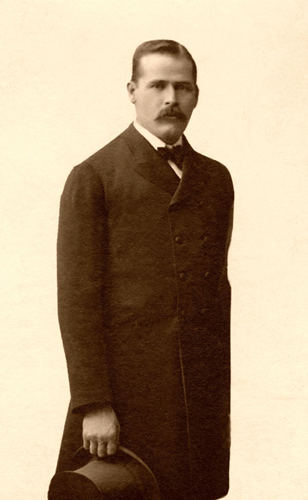