His date of birth is unknown, but Jennings earned a name for himself as “Pirate King”. He was originally a Privateer during The Spanish War of Succession. He and his Fleet of 3 ships ambushed The Treasure Fleet of 1716, and took close to 1 Million (USD). Operating in The Caribbean, he was very successful with his raids. Eventually joining in with the Fleet of “Black Sam” Bellamy, Jennings took on French commerce. Breaking ties with The Royal Governor, Jennings would eventually “form” his own “Country” - New Providence (Bahamas). Serving as a haven for other Pirates, with Taverns and “rent”, Jennings retired from Piracy. In 1718, he accepted amnesty. He was said to have moved to Bermuda and brought several Plantations. He was one of the few Pirate Captains to become very successful in his “retirement”. He died in 1745. 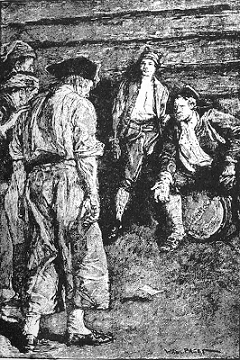