Henry Hooker was perhaps the wealthiest and largest Cattle Ranch Owner of The American West of the 19th Century. Hooker, who was born in 1828 in New Hampshire, came from moderately wealthy stock. Trying His hand at Commerce (Family Business) and Silver Mines, Hooker in the late 1860s started purchasing Cattle and hiring Drovers to move them from The East to The West. After a devastating fire destroyed His home, Hooker moved West into Arizona Territory in the early 1870s. Known as ''Colonel'' Hooker, this was more of an ''honorific'' Title, indicative of His wealth than any recorded Military Service. His purchase of what He named The Sierra Bonita Ranch was impressive, being roughly 10,000 acres. He would become a major Employer of Drovers and Cowboys and become known for His ''fairness'' in Business. Hooker would become a close friend of The Earp Family, in particular Marshal Wyatt and His Associate John ''Doc'' Holiday. After the death of Wyatt's Brother after the iconic Gunfight at Tombstone, Arizona – Hooker served as a ''way station'' for the even more infamous ''Earp Vendetta'' Ride.

During the well documented ''Lincoln County'' Cattle War of 1878 – Hooker was the first to hire a then unknown William Bonney (aka ''Billy The Kid''), as Ranch Security, during the Conflict. Hooker would continue to grow His Ranch and Family, He was also noted for His ''dress'', which was always the finest of Eastern ''Gentleman's Wear''. Hooker was known to dress this way even when ''working'' His property. ''Sierra Bonita Ranch'' which would eventually reach 250,000 acres and the ability to easily support 20,000 Head of Cattle. Hooker died in 1907 at 79 years, but His Ranch (and Family) still operates today. 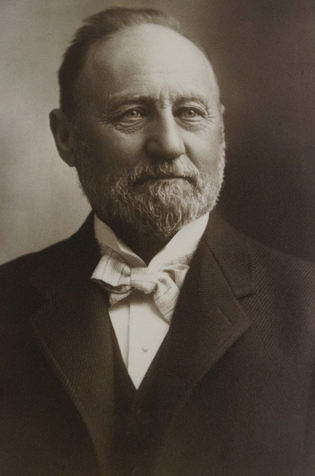