Ranked as Imperial Germany's 8th greatest Fighter Pilot of World War I – Heinrich Gontermann was born to modest means in Westphalia (Germany) in 1896, His Father was an Imperial Cavalry Officer and as such – was expected to follow. Described as a loner and introvert – Gontermann (although well liked in School), did not excel. He would obey His Father's request and join The Cavalry. With several months, He would be sent into World War I (1914). Gontermann was (oddly) a natural at Leadership and displayed great courage in battle. He would be promoted to Non-Commissioned Officer. By 1915, again distinguishing Himself in combat, He would receive a field commission to Lieutenant.

Gontermann had developed a passion for flight, and studied aircraft. He applied for Imperial Flight training but was initially denied due to the needs of The Army. Persistence paid off. By the end of 1915, Gontermann was sent to Flight School. Assigned to a Fighter Squadron, He immediately began to earn a reputation as a skilled Flier and deadly marksman. Gontermann developed a tactic in combat by which He often attacked His Enemy at point blank range – firing the least amount of ammunition from their ''blind spot''. The tactic was exceptional enough that Gontermann would rack up a total of 39 confirmed Enemy kills of not only Aircraft, but Observation Balloon Plaforms.

Earning almost every Award and Decoration (to include the coveted ''Blue Max''), Gontermann would be given the honor of being one of the few German Pilots to fly and test the experimental Fokker D1 mono-wing Fighter Plane. Seen as a problematic design then, Gontermann flew a Model in 1917. Unexpectedly losing control, He would crash. Surviving initially, it was determined that His head injury (happening when His head hit His Machine Guns when He crashed) – was far more serious than expected. He would die several hours after His accident at the age of 21. 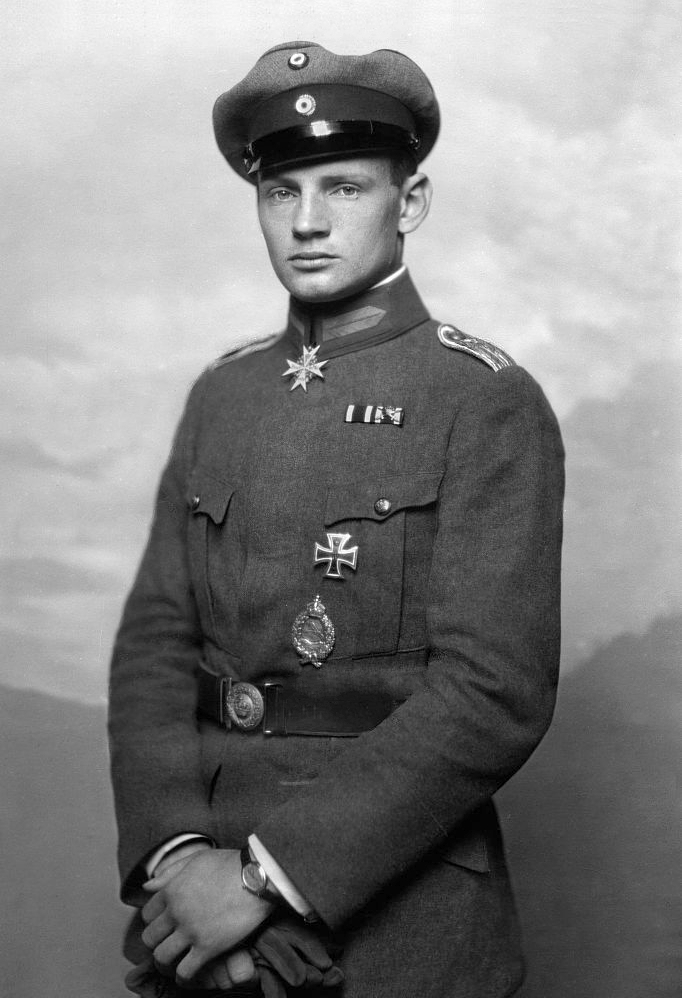