The Hasta Spear was carried by early Roman soldiers (and may well go back to ancient Greece of 50 B.C.). The Hasta was a staple of the Roman soldier during The Kingdom/Republic Period. The Hasta would also lend it's name to the type of soldiers who carried them - The Hastati (Spearmen).
Roughly 4.5 to 6 feet long, the Hasta was primarily a stabbing/thrusting weapon (rarely thrown). Ash wood was preferred for the shafts (due to strength). The spearheads were made of iron. A version called the "Hasta Pura" was given as a military award (made strictly of wood). The Hasta would be used exclusively by the Roman Triarii (Heavy Infantry) - in the later Imperial Period. 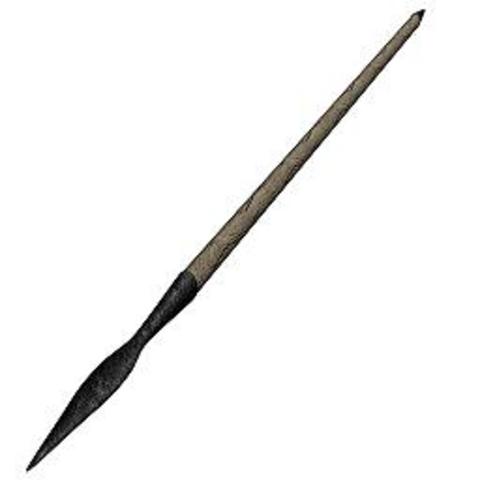