From the 13th to 14th Century AD – The French and later English - Harigaut was a style of (at first) – Men's Clothing. Pre-dating the previously discussed Houppelande, these were long robe-like garments with long and open (flared) sleeves. Traditionally, sleeves of The Harigaut were worn ''tucked'' inward – to allow for free movement of the hands. Conversely, during cold weather, these would be left out to cover the hands as a muffler.

The Harigaut was made of various forms of clothing or fur – and were traditionally worn by Nobility (non-Peasants). A ''Female'' version was also used in the early 14th Century, but these did not last with that sex (seen as too ''manly''). Colors varied according to Region of wear. Variations would continue among Christian Clergy until the mid-15th Century AD. 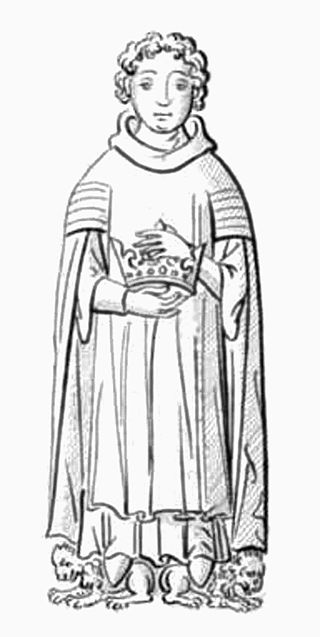