King Harald Hardrada (or Harald III), was possibly the “last” of the “true” Norse Chieftains who raided England. Born in 1015 A.D. - Harald had “served” with The Varangian Guards for The Byzantines (at an early age). Honing his craft as a Fighter, he was able to purchase his freedom. Taking up the mantle of his Father (Harald II) – after his death, he set about on English raids to increase his wealth (and standing), in Viking Society. He was well known for his shrewd negotiations (which earned him his nickname “Hardrada” (or “Hard Council”). Prior to The Norman Invasion of 1066, it was Harald's Viking Army that pulled away the much needed Army needed to repel William The Conqueror. Capturing York, he could not effectively hold it. He engaged the Army of Harald Godwinson at Stamford Bridge (1066), in which he was killed in battle. Stamford Bridge is considered the “last” of The Viking Raids against England. 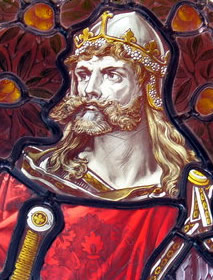