Originating in Norse Society around the 8th Century AD – The ''Hangaroc'' was a type of outer garment worn by Norse Women. It was comparable to an Apron – made of cloth and leather. Attached to the shoulders by straps (which were decorated by Bone or Metal Brooches), the attached ''belt'' component was clasped to the back. The front of The Hangaroc featured holders or slips, into which One placed tools for cooking, food preparation etc. Norse women of Nobility, often had gemstones attached as well as fine embroidered patterns. The Hangaroc was not much seen past the 10th century AD. 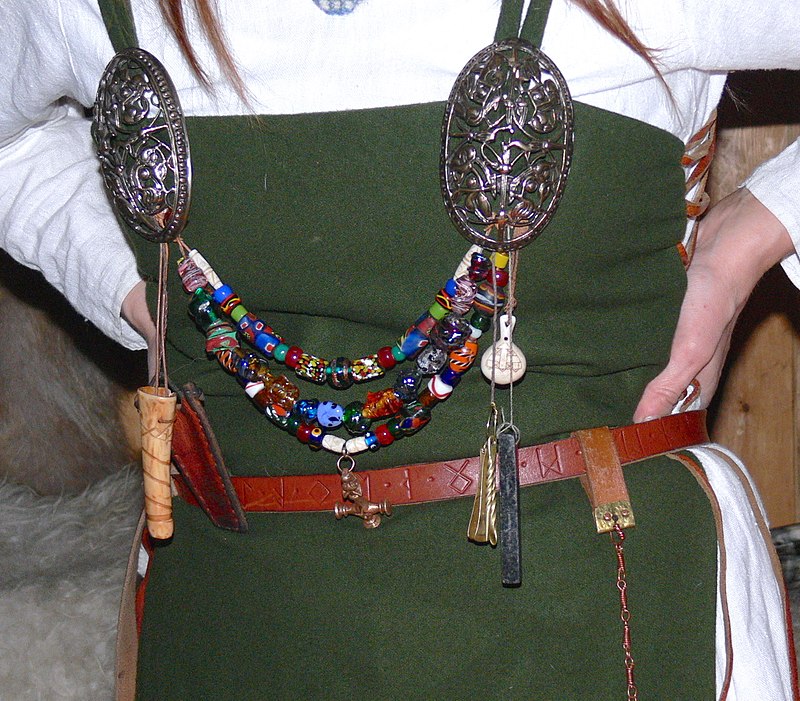