Developed in Russia during the mid to late Middle Ages, these were portable shield walls with firing holes incorporated into their design. Designed after the much earlier portable shield wall, they were innovative due to the fact that they could be locked together. Thus, in battle - many of them could be made into a "portable fort".

Although made of wood with 2 to 4 wheels, iron plating (or steel) was also placed on the Gorod. This saved them from return fire. An example of wide scale use was documented during The Russo-Kazan Wars (1338-1552). With the advent of artillery and it's widespread use, the Guyay-Gorod ceased to be deployed. 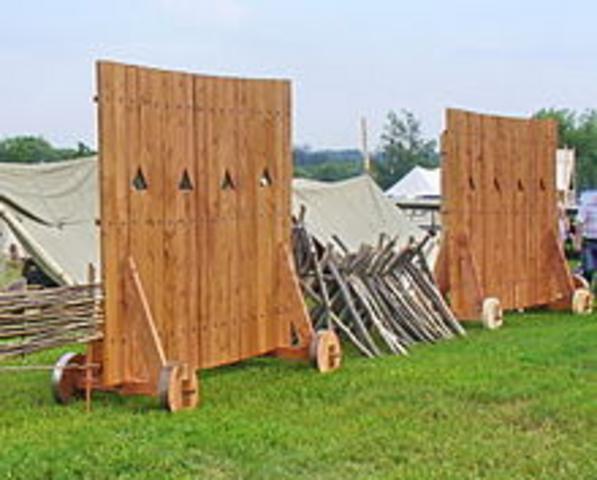