Having two separate definitions, a Ship’s “Gunwale” was the top (or edge) of A Ship’s Side (which ran Amidships). Designed for Warships (around The 16th Century), this wooded (later Steel) reinforced planking (solid wall), was designed to protect early Warships which had Cannon mounted to the Upper Deck). An early example would be The Swivel. Normally, The Gunwale was 2-feet thick and was designed to stop shrapnel from Shell or secondary debris from wood splinters (suffered when a Ball struck the side of a Ship in battle). Even with the advent of multiple Decks (into which Cannon Batteries were “safely” installed), The Gunwale was left as a design component for Upper Deck Crewmen and Riflemen (such as with a Marine Infantry Detachment).

The second applied definition is to The Gundalow. These (as previously discussed), were small Warships which were used mostly during The American Revolutionary War (1776-1783). These Vessels (used by the small American Colonial Fleet), featured reinforced (up to 4-feet) Gunwales. As single-Decked Fighting Ships, all of their defensive weapons were mounted on The Upper Deck and required extra protection. The term is still used in many Navies to identify the side of a Ship or Vessel. 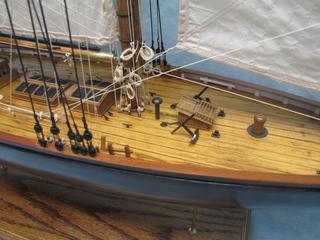