A Device relative from The 15th Century AD to the end of The 20th – ''Gunports'' were simple openings located along The Hull Line of a Warship. Covered by a Hatch (opening), these were raised by a series of ropes (upwards) – to expose a Cannon or Gun. This opening allowed for The Cannon to be ''run out'' (Muzzle) several feet (pointing Sea side). This allowed for a Gun Crew to fire their Cannon. The most common tern of the 18th Century with regards was a ''Pierced'' Ship.

Depending on the constructed Decks, a Ship of The Line (comparable to a Modern 20th Century Battleship), was 3-Decks. Each Deck could support 15 Guns on each side (total of 30). Lesser amounts could be installed as well. When not in use, Gunports were ''secured''. This helped in keeping out sea water and helped curtail rusting or fouling of a Cannon. Cannons were always kept ''at The Ready'', capable of being armed and deployed within minutes if necessary. The Gunport also helped minimize Enemy shrapnel and musket (rifle) fir3.

With The Age of Steam, iron and later steel Hulls gave way to Casement Turrets (which placed much larger bored Guns, safely protected on Deck). Steam also meant an eventual end to The Sail Pattern and Masts. It would too spell an end to The Gunport. 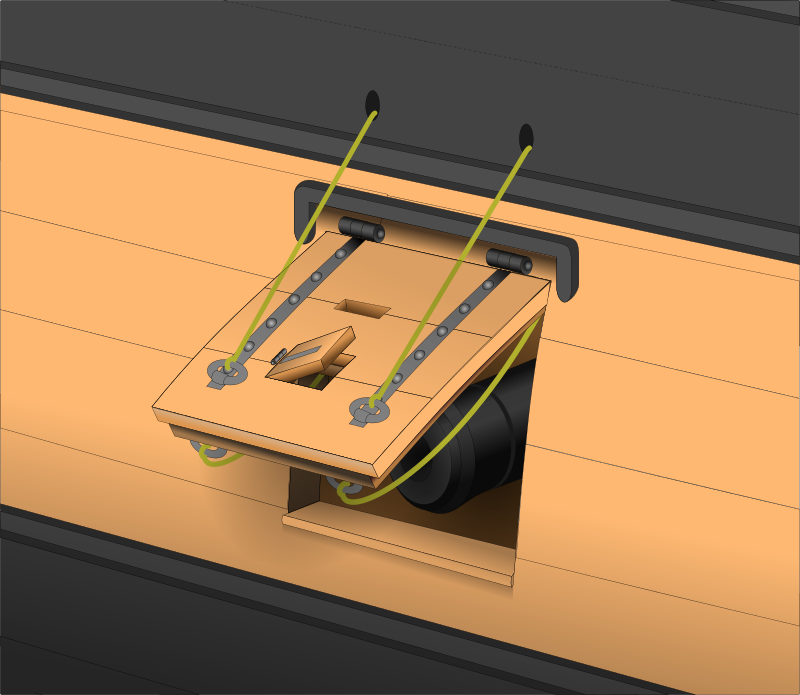