Although the theory of a Gunboat goes back well into the 16th/17th Centuries, they were initially designed as flat hulled, moderately fortified ships that carried cannon and artillery (to be used against fortifications or troops). Some featured small Mast Systems (with earlier versions having Oars). With the advent of steam power, this became the predominate form of propulsion. The sides of a Gunboat were reinforced metal or iron (with earlier models nothing more than wooden planking and in some cases – small cut trees!). Gunports (similar to a regular vessel), were installed to allow cannons to protrude outward. Cannon type would greatly vary from smaller (12-pounder) to larger (110-pounder). Riflemen could also be deployed. Design innovations had many Gunboats beginning to feature miniature Ironclad warships. Sizes ranged for 50 to 100 feet in some cases.

During The Gunboat War (1807-14) between Denmark, Norway and England – the heavily use of Gunboats of various classifications proved somewhat ineffective. America attempted to create a “Gunboat Navy” as a permanent force in the early 19th Century – but funding prohibited this. By the time of The American Civil War (1861), Gunboat would feature prominently in river warfare through most battlefield theaters. Although no specific design type was duplicated. Gunboats would prove effective again in America's involvement in China with The Yangze Patrols (as per Treaty with China to protect American interests in the early 19th Century). Their use would lend a new term “Gunboat Diplomacy”. Gunboats would continue for most Nations as modified “Torpedo Boat” classes of warships (designed for Coastal and River Patrol) – and variations can still be seen today. 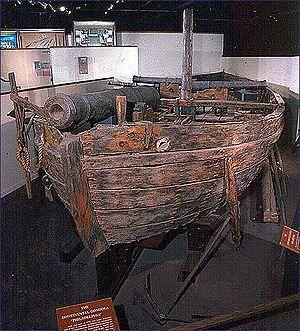