His name is basically unknown to most, but Guillaume Tirel gave The World a method of ''remembering'' food recipes and food preparation – known today as The Cookbook. Tirell was Cook to The French King Philip VI in 1347 AD. His food preparation made his name known through France and even into other European Kingdoms (from takes told by Diplomats to The French Court). Tirell would also serve several other Kings and a few Nobles, dying at the rather incredible (by Medieval terms) of 80 years of age. As a humble Cook of no Title, He was treated with great respect, so much so that upon His death, He was buried in a Church used by Nobles for internment. He was even given a stylized Tomb and Relief which honored his rather humble existence – but great skills. 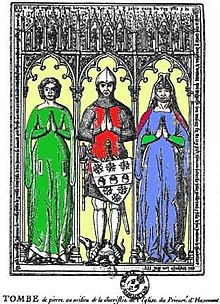