Created as a ''Transportation Division'' of The North Vietnamese Army in 1959 – ''Group 559'' was tasked as the primary Formation which maintained supply lines across the infamous ''Ho Chi Minh Trail'', which was was series of roads, paths and often simple jungle routes which spread from North into South Vietnam. Later, during The Southeast Asian Conflict known as The Vietnam War – extensions were added to sympathetic Countries such as Laos and Cambodia.

Originally consisting of nearly 6,000 Men – Group 559 used a wide variety of both Modern and Primitive forms of transportation to move thousands of tons of food and war materials. Trucks, Water Buffalo, Bicycles and even physical manpower was used.

The Trail was a well known and exploited target of opportunity by The US Military. Hundreds of aircraft sorties (bombing and straffing) – as well as artillery bombardments were directed against The Trail and Group 559. True casualty assessments were never made known. Despite such heavy casualties, Group 559 was integral to the success of both the major Tet Offensive of 1967 and the later final push into The South – by which The Capital of Saigon would be captured in 1975. 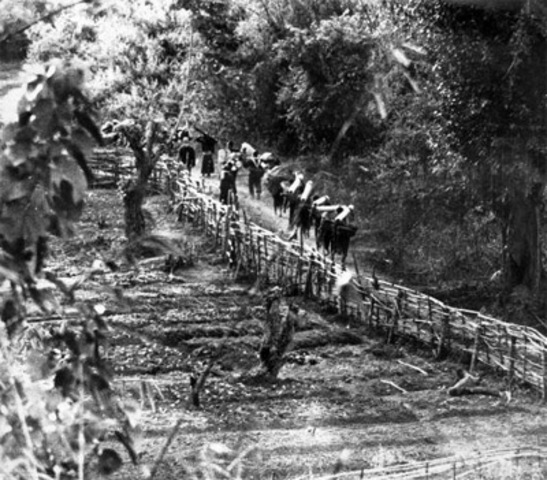