A popular small ordnance cannon/gun seen just prior to the start of The American Civil War (1861). The Griffen was designed and developed by Daniel Reeves in 1855. It was a light gun in the 3-inch range (or between a 2 and 5 pound shot). The gun was a breech loading system, which required 3 gunners. Popular with cavalry and Light Artillery (or Flying Squads), over 1,400 Griffen Guns were produced for The US Army. Barrels were “light” at 820-pounds. The Griffen had an effective range of over 1,800 yards. Reeves (unfortunately) could not keep up pace with the bigger Armories (who were turning out hundreds and hundred of cannon per week). The Griffen fell out of production around 1863. Oddly, The 3-inch Gun is a popular “history Gun”, still seen at many American Civil War battlefields as a “battle marker”. 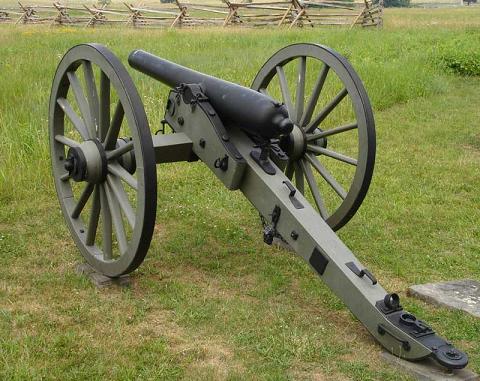