Produced by the famed Royal Almain Armory (Greenwich, England) under Patronage of England's King Henry VIII – ''Greenwich Armor'' was among the last ''Medieval Style'' Armor produced in Europe. And while – as Armor, it provided a level of protection, The Style was used more for ceremonial and collection purposes. Many Kings of Europe commissioned ''Greenwich Armor'' for wear in ceremony or for being ''immortalized'' via painting.

In King Henry's case, He was a Patron of the older Medieval Custom of Tournament Fighting or Jousting. While by the 15th Century AD, such pastimes were by and large antiquated, Henry still maintain His own ''Tournament'' Festivals (often invited Lords from all over England to participate). He even extended invitations to France, Italy and Germany to ''participate''.

The ''Greenwich Armor'' was noted for it's finely detailed and engraved components. Often, Gold and Silver were embedded (fused) in Breastplates and Helmets. They were worn ''en vogue'' Fashion as such ''Royal Tournaments'' and even given away as Trophies. In time no self respect Lord or High Born Family did not own '' Greenwich'' Armor as part of a Families ''treasures''.

The style would carry over to a degree with Henry's Daughter, Queen Elizabeth I. She too had a taste for the ''by gone'', and had such Armor made for Her ''Courtiers'' and Personal Guard. She too had several Breastplates fashioned in the style. The style of [posing for portraits wearing ''Greenwich'' would still be popular with many Royalist and Parliamentarian Officers of The English Civil War of the 17th Century. 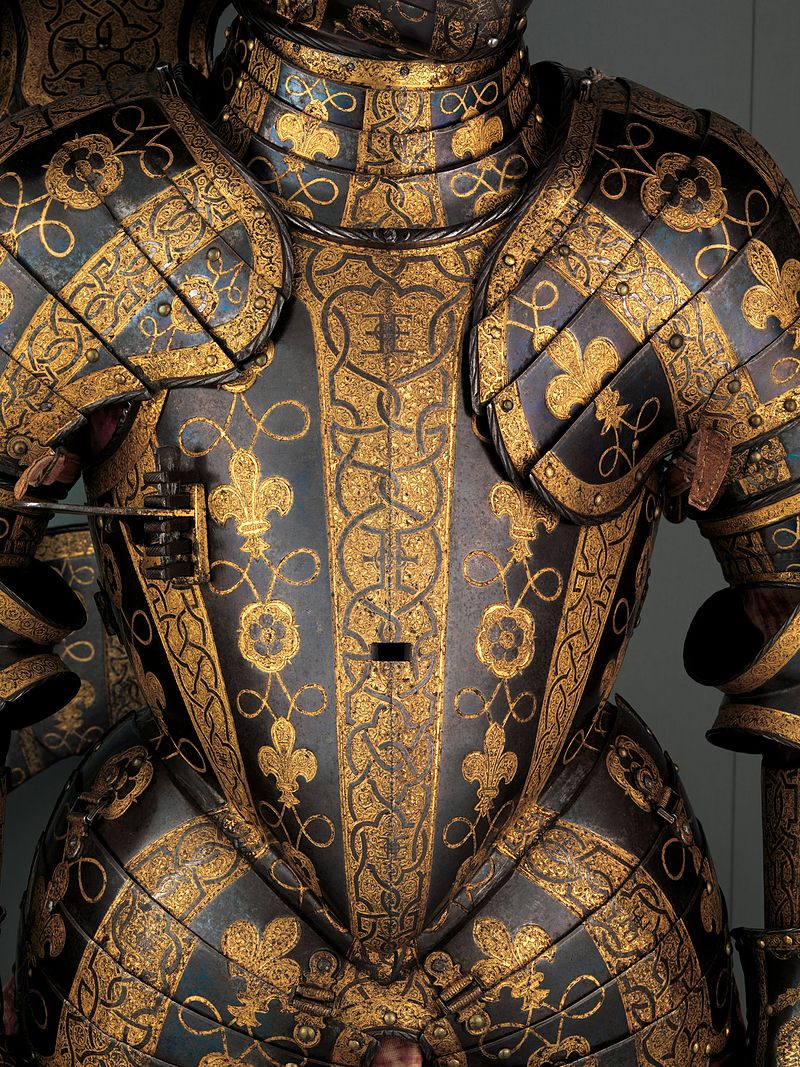