The Ancient Egyptian Title of ''Great Royal Wife'' was common to The 12th Dynasty (''Middle Kingdom'', 1,991 BC). It was linked to the primary (principle) Wife of a Pharaoh. While is was quite common for a Pharaoh to have many wives and concubines, the primary control of such a ''Harem'' was The Great Royal Wife. All other ''female associates'' of a Pharaoh had to obey Her will and commands.

The Great Royal Wife was afforded even more ''power'' should she produce a viable Male Heir to The Pharaoh. This would (more or less) ''cement'' the ''authority'' of The Great Royal Wife (even if other Wives sired Heirs, but only after – and only IF the child survived). As in most cases, should The Pharaoh die, The Great Royal Wife would serve as Regent for her Son, until he could ascend to The Throne himself. The Title would be carried on through Egyptian History until The 26th Dynasty (''Late Period'', 664 BC). 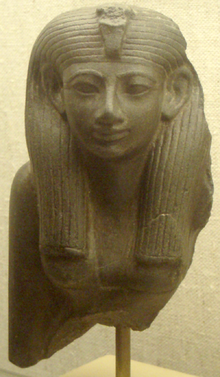