Celebrated in both song and story, the humble "Peanut" is actually part of both The Bean and Peace Family. Botanical evidence traces it back over 7,000 years to South America. linked to Spanish Colonization and eventual "transplant" to The New World in the 16th Century, it was used as animal fodder (food). It's consumption by humans (as "poor" or Commoner Food), is likened to The Potato as Ireland's "staple". Seen more so in Georgia and Alabama, the protein rich Peanut (or Ground Nut), became known Regionally as a "Goober". It's small Pea-like shape added the name "Goober Pea". During The American Civil War, Southern Forces from Georgia, heavily relied on Goober to supplement their already "Spartan" diet. Often sacks of Goober Peas were carried and consumed plain. they were slow roasted in their shell  (over a fire), when time permitted. Many Southern soldiers found that Peanuts could be ground up and mixed with meal, to create a type of spreading substance, put on bread or other items. This was possibly the genesis of George Washington Carver's later invention......Peanut Butter. 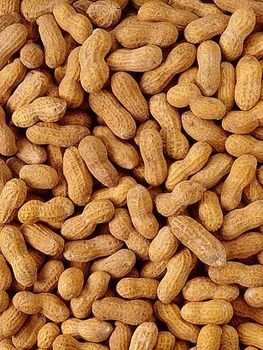