A popular style of Middle Ages Female dress from the 13th Century, The Italian Giornea was form fitting at the Torso (to include the sleeves), and free flowing below the waist. No fasteners were used. Normally, no embellishments were used, and The Giornea was either fine Linen or Velveteen in construction. Belts were worn, but as a decoration (as belts were used then). Becoming popular with the rest of The Medieval World thru Trade, The Giornea was seen extensively in France and and England until the 15th Century. 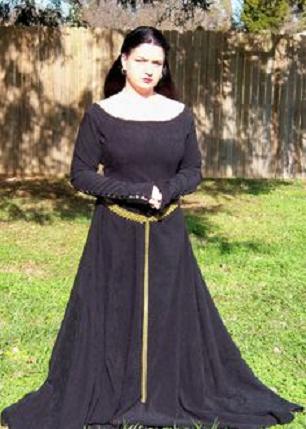