The Wasserfall Missile Project was Germany's attempt to bring a smaller but similarly effective weapons system as The V-1 and 2 Series to bear as an Anti-Aircraft device. The Project began in 1943 and was considered expensive to fund. Using a liquid propellant and radio (remote) control, The Wasserfall Missile was rated as ''supersonic''. It could travel 16-miles from launch to air target. The Wasserfall Missile was 30-feet in length with a diameter of 3-feet. The average warhead payload was over 600-pounds. The Project launched (6) successful flights by 1944, but with the death of it's primary inventor in late 1944 (and primary development labs) – as a result of Allied Bombing Raids, no actual Wasserfall Missiles were used against Allied assets. The somewhat revolutionary guidance system was however – incorporated into several other German Missile Programs, with some success. 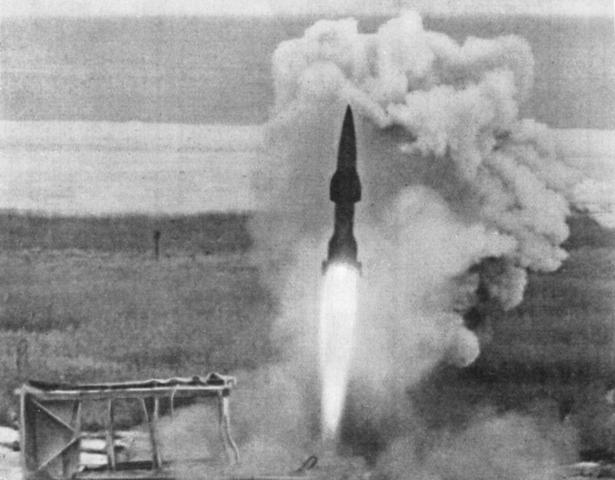