In an “all-out” attempt to construct Fighter Jets to defend Germany from the onslaught of Allied Bombing, The “Emergency Fighter” Program was instituted by The Luftwaffe in 1944-45. The “People's Fighter” was one such Airplane.Three were under construction in 1945. A Jet Fighter, The “Volksjager” was piloted by 1. Capable of 500-mph, it was 30-feet long and used a “Swept Wing” design. It operational ceiling was not known, but it was speculated at 43,000-feet. Her armament was (3) fuselage mounted Cannon. The surrender of Germany came about before an operational Prototype could fly. 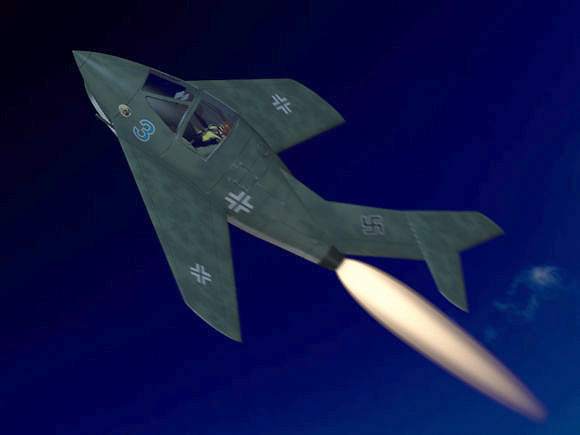