The ''U-27'' -Class was a Submersible Vessel developed for The Austro-Hungarian Navy. Designed from The Imperial German ''UB II''-Class of Submarines, (8) such Ships were constructed and deployed. Only (2) were lost to Combat action during World War I. After The War, The Class would be decommissioned, with the (6) survivors being given to both France and Italy as War reparations. In 1920, all would be scrapped.

The ''U-27''-Class were 332-tons displaced. They measured 120-feet in length with a surfaced Beam of 15-feet. Powered by (2) Diesel Engines which supplied power to (2) Electric Motors, 210-KW could be provided. On surface, The Class could achieve 9-mph (7 when submerged). Compliment was between 25 to 30 Officers and Men. 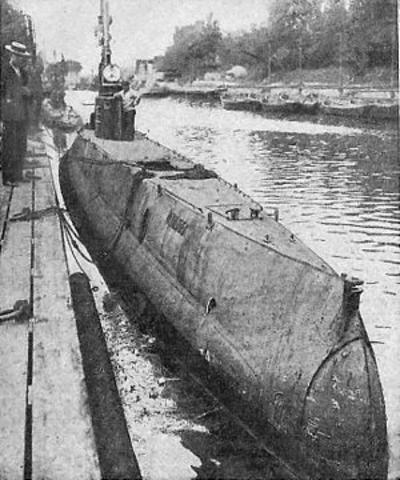