The German Type XXVII or ''Seehund'' (Seal)-Class Submersible, was a Kreigsmarine Submarine first deployed in late 1944. Over 265 of these ''Midget'' Submarines were built. The design was based on salvaged British ''X''-Class Midgets (lost while attempting to sink The Battleship ''Tirpitz''. Crewed by (2), The ''Seehund'' was 17-tons and were 40 feet in length. Their beam was only 4-feet. Using a single Diesel Engine for propulsion, The ''Seehund'' could average roughly 3-mph underwater. Their depth range was around 150-feet submerged. The goal of these Vessels was to safety deliver (1) to (2) 14-inch Torpedoes. No other form of offensive or defensive weapons were used.

Several of this Class of Midget submarines were also detached to The German ''K-Verband'' Forces as well. Used too late in World War II to make a significant turn in Naval Warfare, nonetheless, The ''Seehund''-Class of Submarines did sink (9) Merchant Vessels. Only 35 were lost (attributed more to bad weather than Enemy action). Some surviving ''Seehunds'' were taken by The French Government, who used them in their Naval Operations until the mid-1950s. Several surviving Vessels are now Museum Ships. 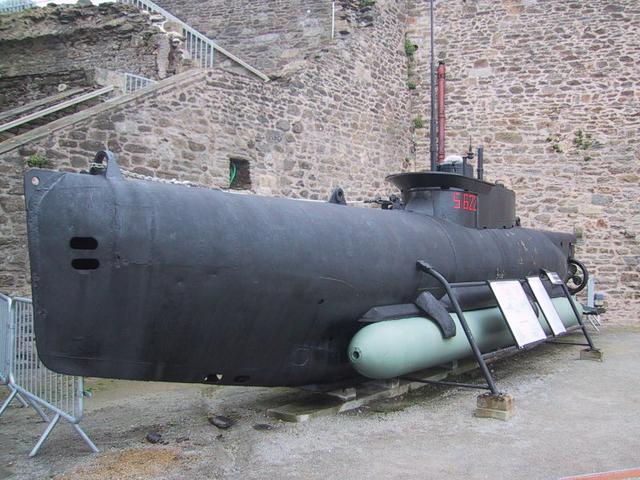