The ''Scharnhorst''-Class was Germany's first ''true'' Battleship built in violation of The World War I ending Treaty of Versailles. While The Treaty called for Vessels not to exceed 10,000=tons (displaced), This Class far exceeded this. Launched in 1938 and 1939, the (2) Ships – ''Scharnhorst'' and ''Gneisenau'', would be the only of The Class built.

Seen as part of The German Kriegsmarine's Plan Z, Hitler abandoned any plans to increase and modernize (as was originally proposed). The (2) Ships were lost in The War with ''Scharnhorst'' being sunk and ''Gneisenau'' being so damaged, She was scuttled.

The Class were rated at over 38,000-tons displaced. They were 770-feet long with a Beam of 98-feet. Armor ranged from 2 to 14.8-inches of plating throughout. The Class were powered by (3) Geared Steam Turbines which could achieve 22-mph. Both Ships supported between 1,500 and 1,700 Officers and Crew. 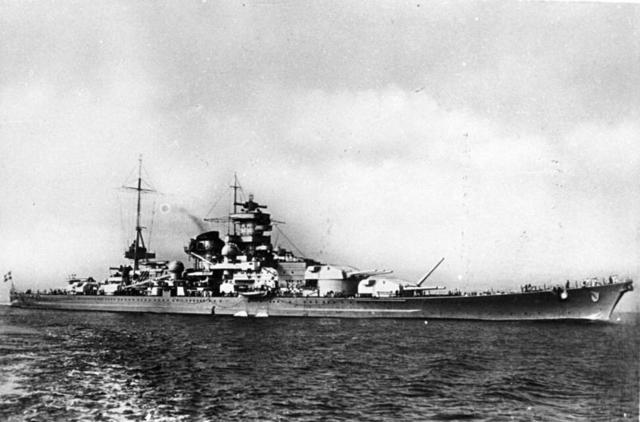