The ''Atlantis'' was a non-Class German Kriegsmarine Auxiliary Ship, used during World War II, as a ''Commerce (Merchant) Raider''. Launched in 1937 (under the Civilian commissioning of ''Goldenfels''), The ''Atlantis'' sunk or took 22 ''Prizes'' which equaled over 144,000-tons displaced. She was one of the most successful Kreigsmarine Raiders of the early phases of World War II. ''Atlantis'' displaced 17,600-tons. Measuring 510-feet long with a Beam of 60-feet. She was powered by Twin 6-cylinder Diesel Engines (with a maximum speed of 20-mph). ''Atlantis'' crewed 350 Officers and Men.

As a Raider, ''Atlantis'' was armed. She supported (6) 5.9-inch Guns, (2) 3-inch Guns, (2) .79 Cannon and could deploy (4) Standard Torpedoes. ''Atlantis'' could also lay up to (92) Mines. She as carried a Heinkel He-114 Sea/Recon. Plane. The ''Atlantis'' was first assigned to South Atlantic duties, and often used ''False Flag'' Tactics. She was reported to have been disguised as a Soviet Freighter and later Japanese Vessel (both Countries still considered Neutral and or Allied ''non-combatants''.

Later, when assigned North Atlantic Duties in 1941 – ''Atlantis'' (who by now was being hunted by The British Royal Navy as a notorious ''False Flagger''), ran afoul of The Heavy Cruiser, HMS ''Devonshire''. Unable to outrun the Warship, a salvo from The British scored direct hits. ''Atlantis'' sunk. However, most of Her Crew (300) were rescued by a nearby German U-Boat. 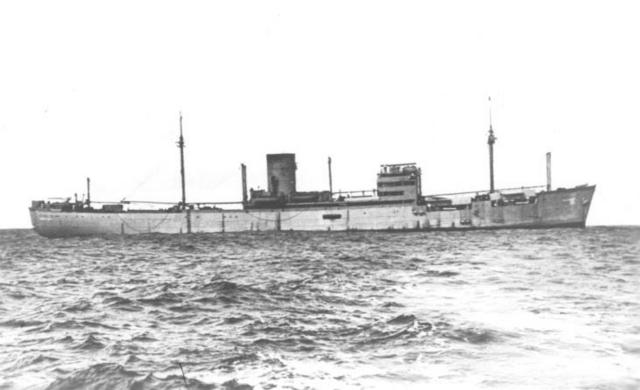