The German Prison Fleet was a formation of Vessels operated by The German Kreigsmarine during the later years of World War II. The purpose of the ships was quite secretive to most. While looking nothing more than a fleet of supply vessels, they were in fact used as floating concentration camps, housings thousands of Jewish prisoners. The Fleet consisted of (5) ships and operated from late 1943 until their overall destruction in 1945.

The Ships – The ''Cap Arcona'', ''Theilbek'', Deutschland'', ''Athen'' and ''Elmenhorst'' – were all built in the 1920s and used initially as part of a Shipping and Passenger Line operated by Germany, to cash in on the lucrative Atlantic Run (Europe to America). The most famous of these ships – The ''Cap Arcona'' was hailed as The German ''Titanic''. This was in part to it's similarities to the infamous British Liner and the additional fact that She was used in a German propaganda film which parodied the fate of ''Titanic''.

With the start of World War II, The Ships were first used as Accommodation Vessels. In this role they served as moving various non-War supplies to German Forces via The Seas. Originally, The Ships were tasked to be later used as Hospital Ships. In fact, several Ships were under initial retrofit for just that purpose, when German Higher Command decided to used them for ''another purpose''.

With the fate of The War sealed, Germany scrambled to eliminate it's Concentration and Forced Labor Camps. As Camps were destroyed, it was needed to removed their populations. While History shows ''how'' many of them were (Mass Murder), some were used (or were to be) for the War Effort. As many as 10,000 Jewish (and 30 other Nationalities of Prisoners), were crowed into The Ships. The idea was to move the ships to various Ports and Cities destroyed by allied Bombings and use the Prisoners as labor to clear debris and such.

With the death of German Leader Adolph Hitler, control of The Nation fell to Kreigsmarine Admiral Karl Donitz. Fearful that The allies would discover and take even harsher measures against Germany's suit for Peace, it was decided to sink The Ships – and eliminate it's ''cargo''. However, Germany never got a chance to carry out it's Plan. The British did it for them!

Hitler's Death did not immediately end The War. Many of His fanatical followers wanted to ''continue their fight''. Hence, heavy bombing of any and all German Targets ''of opportunity'' was practiced. In May of 1945, a Squadron of British Naval Bombers – armed with 500-lb. Pounds, saw an excellent prize in the fleet of (5) unmarked by obviously German Ships. They attacked. The result was the sinking of ''Cap Arcona'', ''Thielbek'' and ''Deutschland'' (the other 2 survived). Unfortunately, the three sunk carried over 9,800 souls. Only 400 would be saved (with most of The German Crew surviving). The horror of the Ships would only then be known to The World. 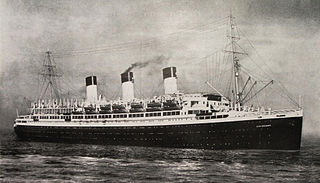