A somewhat unusual German World War II weapon, The Panzerwurfmine was a hand thrown Grenade which included expandable cloth wings which aided in accuracy. First deployed in 1943 to The German army, The Grenade was designed to be used against Enemy Armor (by which the average Infantryman might encounter). A shaped-charge, The Panzerwurfmine was cylindrical in design, with a shaft extending rearward. (4) wings made of heavy canvas cloth were attached to (4) extending struts. These were held in place with a removable ring sleeve (which was removed prior to deployment).

The device weighed 3-pounds (2 of which was the TNT High Explosive mixture). They were roughly 2-feet long. Thrown from relative safety from behind cover, the extending wings would aid in travel angle. Over 200,000 Panzerwurfmine's were produced. However, the device design flaw was that it often failed to detonate properly due to poorly developed timers, making them more often than not ineffective. 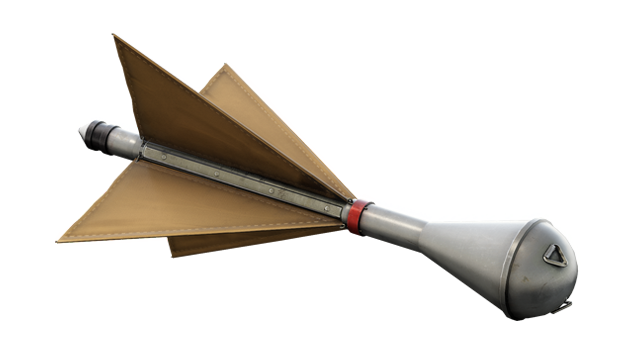