The National Socialist Women's League was the feminine counterpart to The German National Socialist Party (NSDAP). Founded in 1932, The NSWL was the overall Administer of The League of German Girls. All Male German Party Members were expected to have their wives full fledged Members. Often, any chance of upward promotion for non-married Party Members was hinged to their wives being a part of The Party. The NSWL also coordinated War Servie Relief measures and provided a form of Red Cross Service to wounded German Soldiers, sent back to Berlin, Germany. They also featured prominently in German Propaganda. It is estimated that over 2 million German women were NSWL Members.

They too were given a Flag to identify their Groups affiliation to The NSDAP. Shown as a ''Hanger'' Pennant (Flag) and not a free Fly version, The NSWL Colors was a Black Field. Upon this was superimposed with a White Cross. Above The Canton was a White Banneroll with the Gold Title of The NSWL (in German). Centered inside The White Cross was a Red Swastika. On (3) of the Crossbars was a series of Gold Rune Letters, which represented the lettering ''NSWL''. The Party was outlaws by allied Occupation Forces in 1945. 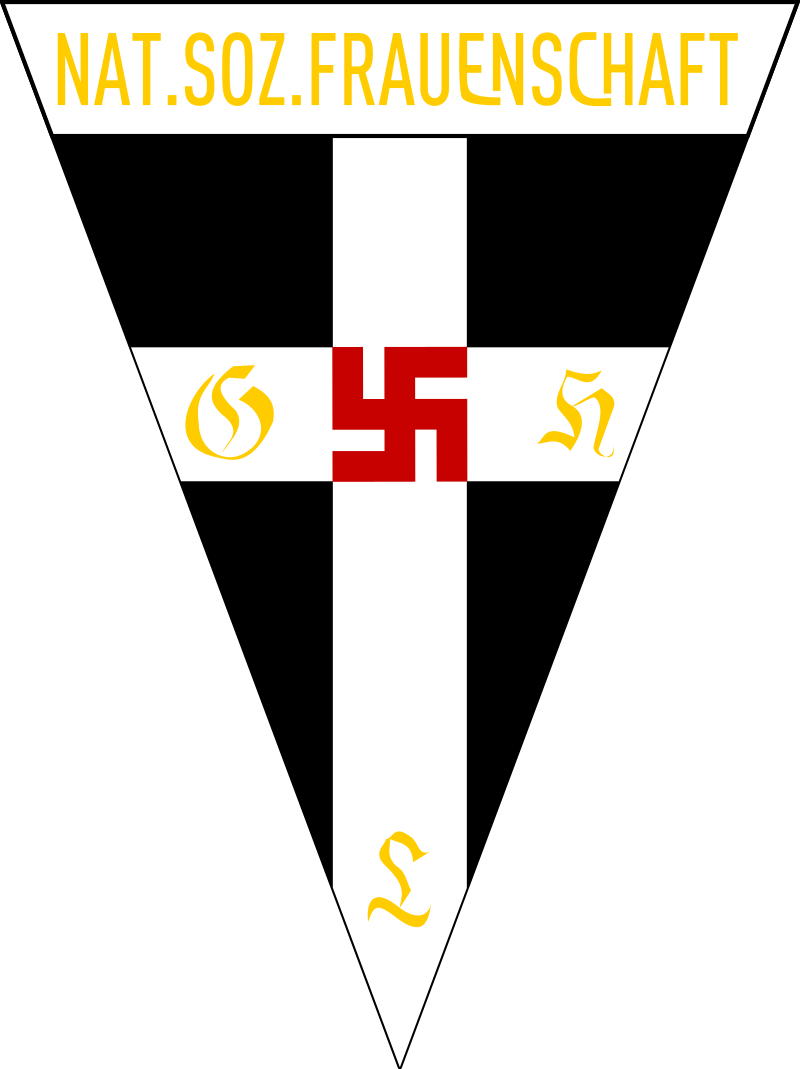