Also known simply as The MG 08, this weapon was one of the first mass produced Machine Guns made for The Imperial German Army (and used in World War I). First developed in 1908 (and still produced into 1944-45), The MG 08 averaged 500 rounds per minute. Featuring an effective range of 2,200 yards (with a maximum of 3,600) – The MG 08 was comparable to The British Maxim Gun. It fired an 8x57mm fully jacketed round. Weighing at 143-pounds, it was a water-cooled weapon (requiring a flowing water source that was tube fed to aid in cooling both the cyclic mechanism and the barrel from over-heating.

Although somewhat “bulky” by comparison with later and more streamlined models, the weapon was still considered reliable in a fixed fortification configuration (of which The MG 08 was used most). Some variants were even adapted for The Imperial German Air Force of World War I, as well. The MG 08 was widely copied by many Communist Forces throughout the World and could still be found used by The Army of North Vietnam during both The French-Indochina War (1950s) and The Vietnam War (1960s). 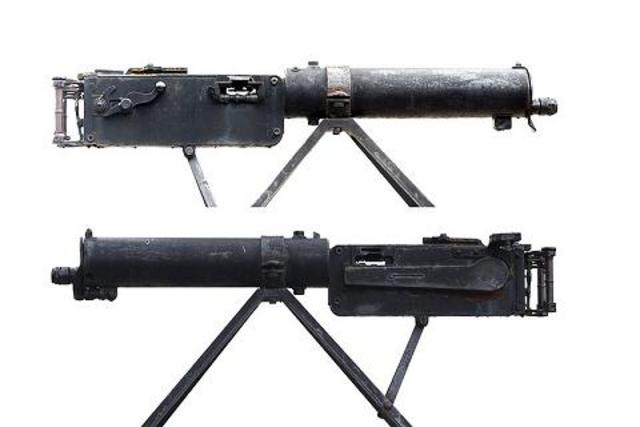