Germany's Adolf Hitler wanted nothing more than to attack Washington DC and New York. He posed many fantastic plans and ideas to try and realize just such a vision to his War Ministers. Most of these ideas, never came to pass, some were close and others were  (if only briefly used). Such was The Messerschmitt Me 264 Long Range Strategic Bomber. Designed to out perform America's B-29 Series of Bombers, actual design prototypes were built in 1942.

Three were actually built for possible trans-oceanic deployment at America's shore. However, with all prototypes being destroyed by Allied Bombing raids in 1943, Hitler abandoned the Project due to the finances needed to construct replacements. The Messerschmitt Me 264 Program was but one of several long range Bombing programs, one of which was the vaunted "Amerika Bomber" - which would have reputedly been even BIGGER. 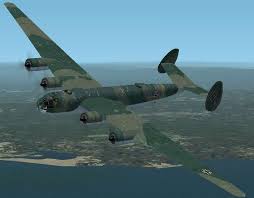