The German Mauser Hsc was a Double-Action, 7.65mm Automatic Pistol used by The German Army during World War II. Over 300,000 were produced between 1940 and 1945. They were popular with some German Officers and Police Services. In addition, many Enlisted Personnel self-purchased the weapon for personal protection. Blowback (per round shot) Operated, The Mauser Hsc weighed slightly over 1-pound with a barrel length of 3.4-inches. This made it a well concealable firearm when not carried in a holster. They had a minimum effective range of 25-meters. The Mauser Company continued to produce versions well after the end of World War II (1968) and ended it's production run in 1977. 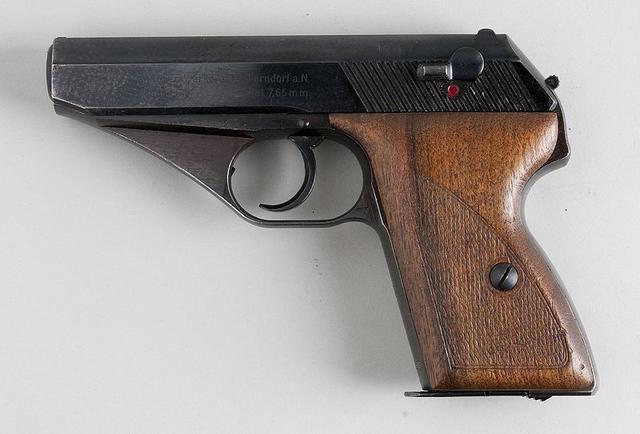