Another failed Plan Z Warship, The German Kreigsmarine ''M''-Class was destined to be a Light Cruiser, with construction planned to begin in 1938. A total of (6) ''M''-Class were to be built. Designs were similar to British and French Light Cruisers then in Service. The ''M''-Class was displace over 8,000-tons. They were rated as being 600-feet with a Beam of 60-feet. With only initial designs drawn, no propulsion system was yet put forth, but it would have been a Diesel Powered, possible (3) Turbine System.

To be Crewed by over 800 Officers and Men (typical for the few existing German Cruisers of this size), Armor plating ranged from 1 to 2-inches throughout. Armament was intended to be (8) 5-inch Main Guns, (4) 3-inch Guns, (8) 1-inch Guns and (4) 0.79-inch Guns. The ''M''-Class would have also supported (8) 21-inch Torpedoes. Several Arado Seaplanes were to be included with The Class. These were to be Catapult launched from the Rear Deck. 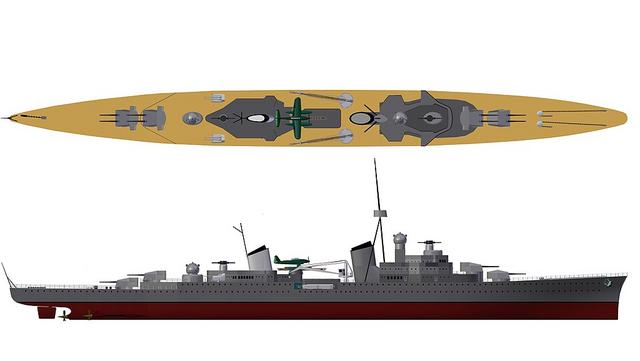