The design prototype that would serve as the model for the future ''Delta Wing'' (Sweep-Wing) Fighter, German Aeronautics designer Alexander Lippisch proposed his Delta Series of Aircraft as viable fighters for the future German Luftwaffe of World War II. His earlier designs (while effective on paper), did not fare well with prototype testing (crashes). His later design corrections created The Delta IV Version, which The Luftwaffe favored. Crewed by a single Pilot, The Delta IV was 17-feet long with a wingspan of 34-feet. Prototype propulsion was a Radial Engine which produced 75-HP, but plans to incorporate Jet Engines were well in the works. The prototype version (seen as a reconnaissance plane), could range almost 900-miles and achieve almost 21,000-feet. Future Jet versions would have been much for robust.

First flown in 1936, Hitler shelved the program. However, The Delta IV Project was not forgotten. It would be used to further research and development which lead to The ''Komet'' Jet Fighter (also built by Lippisch) in 1941, and many other Jet Fighter prototypes that The German Luftwaffe proposed would gain them superiority in the skies over Germany late in The War. 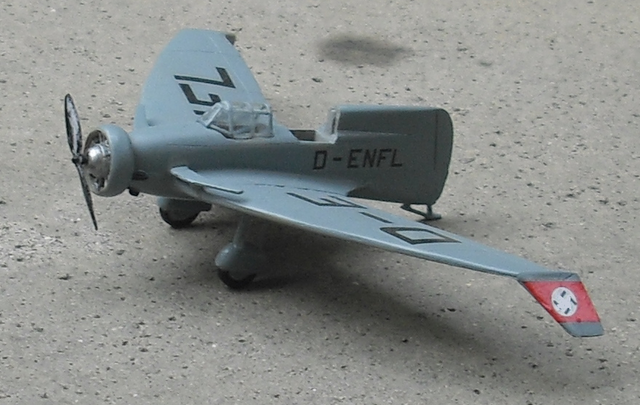