The ''Koln'' was one of (3) ''Konigsberg''-Class Light Cruisers what were developed as part of ''Plan Z'' (The German Navy's clandestine refit and construction of their post-WWI Navy). First launched in 1928, The ''Koln'' would not only serve with The Reichmarine, but Hitler's Kreigsmarine. Used in support of Franco in The Spanish Civil War (1936-39), The ''Koln'' was assigned to operations in The North Atlantic. Deployed during ''Operation: Weserubung'' (which was the attempted assault and occupation of both Denmark and Norway), ''Koln'' would be the only Ship to survive out of the (13) deployed.

''Koln'' was also one of the first Kreigsmarine Vessels to be fitted with an experimental landing Pad for several of Hitlers ''Helicopter'' (tethered) Aircraft (late 1944). ''Sunk'' by American Bombers in 1945 (but in shallow water), ''Koln'' was shorn up and used as a Harbor Defense Platform to The City of Wilhelmshaven. After The War, Her Superstructure was scrapped. ''Koln'' displaced 7,700-tons and measured 571-feet with a Beam of 50-feet. Armor plating was rated between 1.6 to 3.9-inches. She was Crewed by 505 Officers and Men. 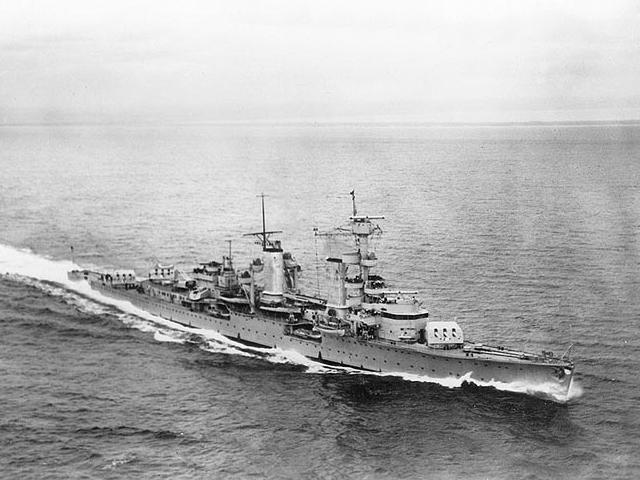