The German Hs297 Multiple Rocket Launcher or ''Fohn Gerat'', was a small mobile, anti-aircraft System. It was developed late in World War II (1943). The System used a series of 7.3cm rockets arranged in a firing casing that resembled – according to The Allied – a ''Beercrate''. This lead to the terminology used by Allied Pilots of flying through ''Beercrate flak''. Hs297 was transported to various locations by light truck, and could be deployed over a broad area of terrain. The system was set up on a pedestal platform, attached to which was the Operator (Firing) ''Cabin'', This armored cutout allowed The Shooter to sit and range his targets. The Hs297 was crewed by (1) Shooter. Each tube was roughly 2-feet long and held a single 7.3cm Rocket, which held 6-pounds of explosive. The maximum effective range of the barrage was 1-mile.

As many as 35 Rockets could be deployed from a single launch. Although The Hs297 had little direct accurate targeting, the theory was to ''carpet'' a section of low-level air range, thus creating a ''window'' of sorts. In addition to multiple launching, The Hs297 could be fired in separate launching. Innovative in design, the capture of The Hs297 devices at Remagen initially caused Allied Forces to declare them ''Top Secret''. The design no doubt added to advances in Allied Anti-Aircraft defense technology. 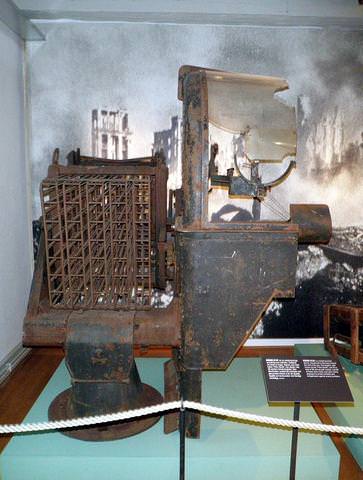